One of my hobbies is modifying our 4WD. I could buy bits, but I get a lot more pleasure from making my own.

When I bought the NW Pajero there were two things I felt disappointed about, The factory wheels, and the Plastic covered flimsy side steps.

Wasn’t too long before the sidesteps were damaged, it was clear they were not going to do the job.
First I inquired about a set of Bush Skinz sliders, but I did not like the appearance of these either, I wanted something a bit more subtle than black steel tube.
Using the original mounts and modified the standard steps, this looked the simplest way to go. I had acquired a sheet of 3mm High Tensile steel, it seemed the best material to use, as I could make the assembly lighter and stronger.
Another issue is the fuel tank is the lowest point on the Pajero, and I had already hit the cover and cracked it. Perhaps if the side steps were lower they could to help protect the tank as well.
So I decided it was time to make my own.
I like to do things differently, and there side steps are certainly different, the result is a clean appearance backed by strength.
This thread will detail how I went about it. 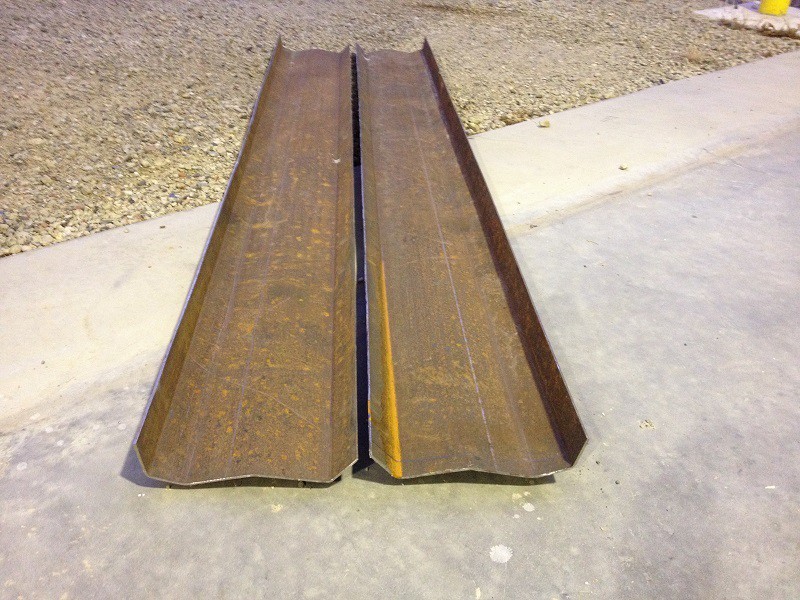 The Manufacture:
Step 1 The under sides were cut and folded to shape. The folder had no hope with the High tensile steel, and a brake press was necessary to bend the shape. Photos show the steel blanks, and their section shape 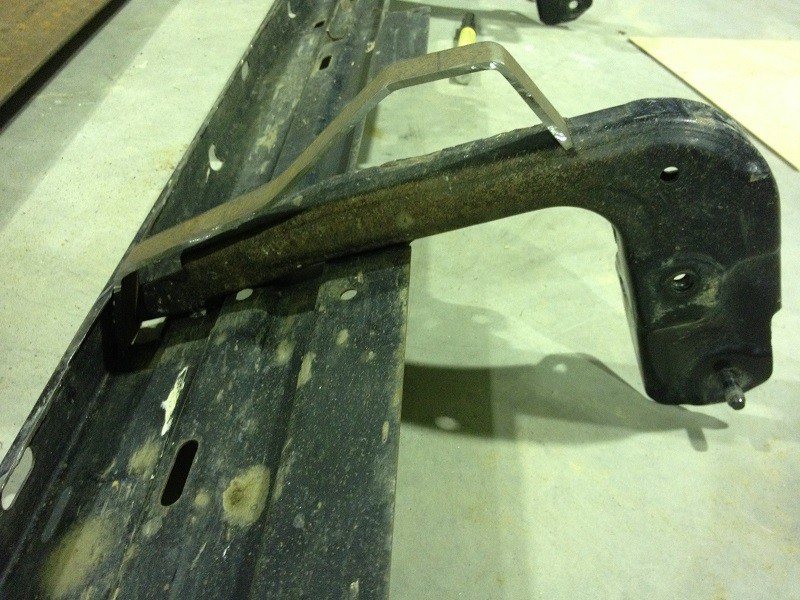 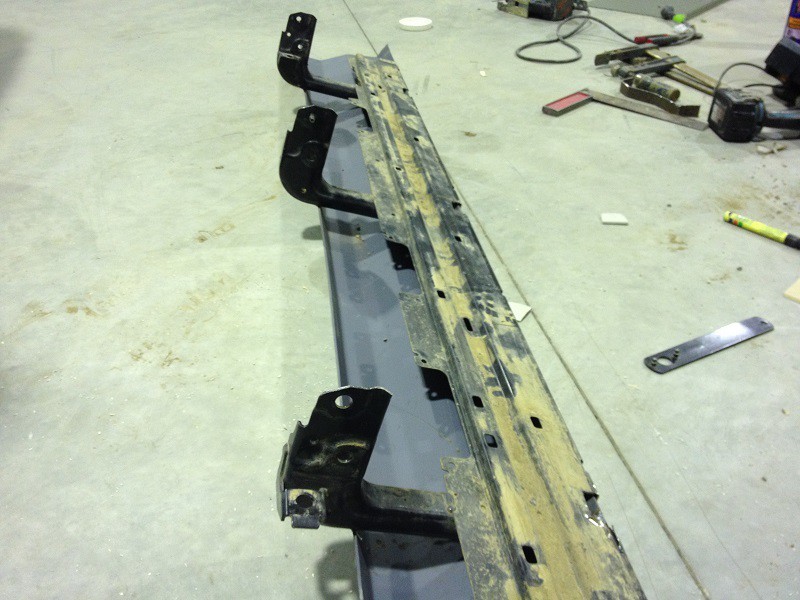 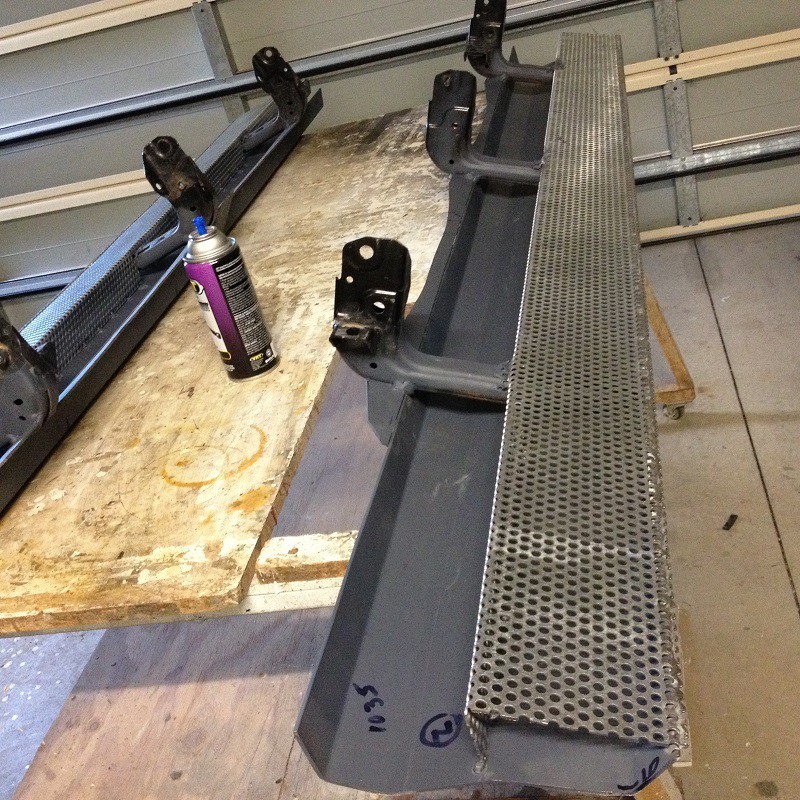 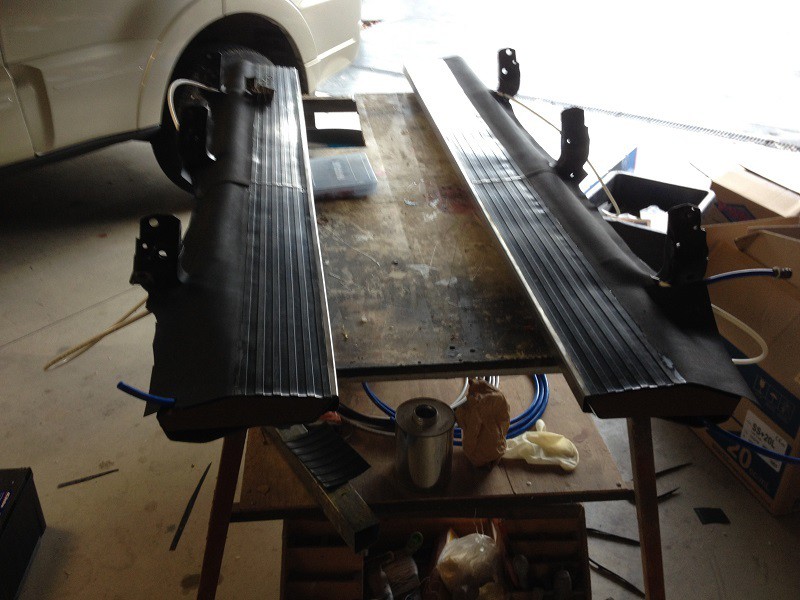 Next was to glue the rubber matting in place, its is a standard section from Clark Rubber, I kept the rubber full width so dirt would not fill up the dish shape underside.
The endcaps were made from plastic decking material, which proved to be ideal, later some rubber was glued on the end to make these the right colour.

Now the trim, it’s a piece of 1.0 mm bright stainless steel folded to shape. After a lot of thought I finally realised the simplest way to attach it was using double sided tape at the bottom, and 5 rivets to make sure, and at the top edge simply Glue the stainless strip to the rubber tread using Loctite 401 (industrial strength superglue). This gave a nice clean edge with no rivets or screws. 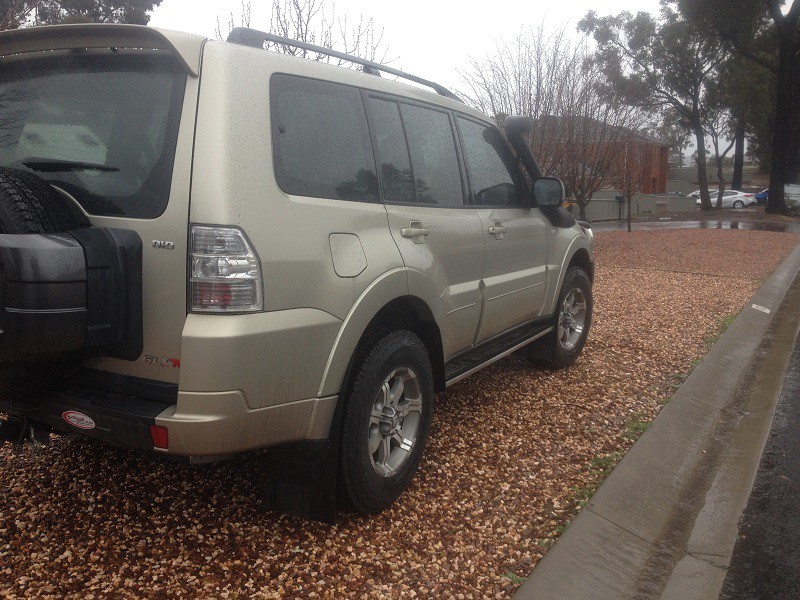 Now to fit them. Despite being made from the original steps the bolts were just a little bit off. It took quite a bit of pressure from the jack to get them bend a little, so much in fact that I was concerned I might lift a wheel off the ground.
I am more concerned about the strength of the mounting points on the car than the strength of the steps, so once fitted a strap was attached to the centre mounting point and bolted to the chassis to spread the load on this bracket.
First thing I noticed are they are rigid, the factory steps always moved when I put weight on them, I assumed this was the suspension, its actually the steps flexing!
The new steps added 10kg per side, not too bad considering the protection they provide.
Next a different set of mudflaps, including in front of the rear wheel as there is now a gap that used to be filled by a bit of grey plastic.
On dirt roads they are noticeably quieter with the stones hitting them, haven’t had a chance to try them in the high country yet.
Finishing touch was a new set of wheels and shoes to finish the job,